In marketing, there comes a point when rivalry with a particular competitor reaches to such a height, you become the anti-thesis of what they stand for.

It’s like how Shazam met Black Adam or how Loki is the complete contrast to Thor. While the upside, it doesn’t mean you’re necessarily playing the ‘bad’ guy. The downside is that you have to be more wary about who sees your competitor as the hero. 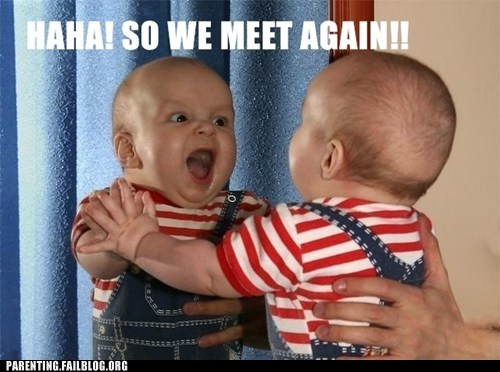 This is what happened when Tim Cook wrote a pretty blunt letter to his customers about how its own business model values its customers instead of turning them into a product.

And yeah, you guessed it: this was a true blue sucker punch thrown at Google, Facebook, and anyone else with similar business models. It’s recent changes to the new iPhone 6 are not only in terms of hardware but also in terms of policy: It will no longer unlock Apple products even under police warrant.

So as you can see, on one hand, you have Apple being the champion of consumer privacy and on the other, you have the organizations whose business models pushed it this far.

But as you’re well aware, you need to understand just how far a move like this might take you. When you’re intent on adopting the completely opposite approach of a particular competitor, it’s important to pay attention on the changes this has on your marketing image.

And lastly, don’t forget that perhaps the biggest risk of escalating a rivalry this way is the reception of your customers. Ultimately, all they want is a good product and a better process. That takes precedence over any dispute you have. So no matter how opposite you want to be from your competitor, understand that it shouldn’t come at the expense of paying customers and willing prospects.