You might not know this but there’s an increasingly large number of wandering workers in the world today. No, these aren’t the lazy hobos asking for a quick buck just from washing a window. These are fully-fledged professionals who simply lack full-fledged loyalty to a single employee.

And during times when traditional corporations are crumbling hierarchies, it won’t be long until you find yourself looking for sales leads from these wanderers. 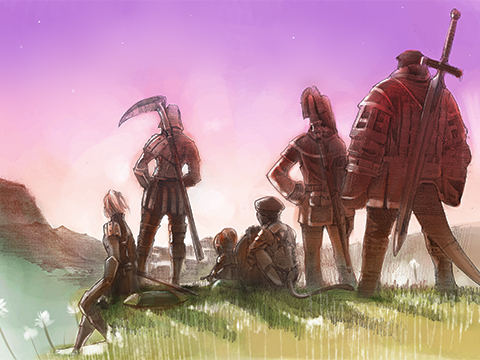 At this point, maybe a good way to get a rough idea about these freelancers is through a classic role-playing game: Dungeons and Dragons.

The game isn’t just a bunch of nerds/geeks sitting around a board while tossing around a bunch of dice and figures. It’s a group of people, whose lives and agendas are not that far apart from today’s growing population of freelance workers.

If you’re more familiar with how D&D goes, your role is somewhere between playing the item shopkeeper and that of the Dungeon Master himself. Getting sales leads from the modern adventurer requires you to do a bit of roleplaying yourself.