At first, you’d think old-fashioned style of lead generation would get you closer to those who like doing other things the old-fashioned way too. Sadly, it could only be because attachment to nostalgia drives the decision to keep it all, instead of anything that’s really in a business’ best interest. 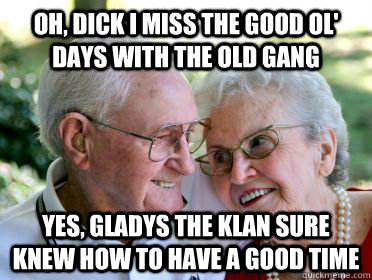 Here’s a more personal analogy: the old habit of watching your favorite television show on time. It used to be that kids and adults alike would enjoy getting ready to watch certain shows at a certain time of day. Kids dress up for it. Grown-ups talk about it over at the watercooler. For some, it sounds like one of those ‘good ‘ol times.’

But even as people remember those nice, old days, they forget the bad stuff that came with it. For example, they forgot the depression of missing out a single episode because they couldn’t find it on YouTube or Neftlix.

For nostalgic marketers and their equally nostalgic prospects, it’s the same. Their feelings are trumping the harsher realities of the past. Worst still however is that their persistence is blinding them to these same problems because they refuse to adapt:

Doing things the old fashioned way can only have as much merit when it’s not just for nostalgia’s sake. Ultimately, only results will tell whether you should really make a play on a prospect’s longing for the ‘good old days’ (as well as yours).