As cloud based technology advances, it expands the increasing number of areas where it applies. What started with constricted online storage services has transformed to include fluid streaming services and new forms of business collaboration.

Now one advantage that cloud based platforms often market is the ability to sync with multiple devices for easy access on files and accounts. Another thing they have in common is that they use subscription-based models even as they aim for bigger fish in corporate businesses.

Here’s a quick look at what the big tech giants are doing to pitch their products and what you can learn from them:

It began with Google Mail, Docs, Calendar and other applications that allowed to store and edit documents online (as well as in real-time). Now everything’s been merged with its cloud-based storage system to keep everything in a synced single account for their private users.

Whole businesses saw the potential to keep track, store and share data because of Google’s “software as a service” model (with its multiple format support and compatibility with almost any device from the PCs to tablets).

The takeaway here is that your marketing campaigns need to show the potential of your technology without necessarily blurting it out. Let your target market figure it out so their intrigue will naturally draw them in.

Everyone knows this successful startup for its cloud-based, file-synced storage system. While it doesn’t allow multiple features like Google, they boast a higher amount of stable traffic. Their consumer cloud storage service is said to be the largest and is securely encrypted to match. And as expected, they’ve developed a business version for companies to easily share important files to clients and vendors while having more administrative control for migration and other features.

Emphasizing security is important when you’re marketing stuff on the cloud. Even on the consumer level, hackers pose a threat to privacy. How much more on the enterprise level? It’s not surprising that Dropbox continuously pitches the main appeal to a corporate audience. 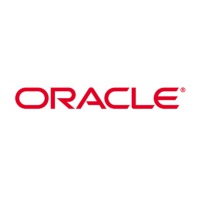 It now has a cloud-based human resources application suite focused on a variety of features that includes recruiting, on-boarding, performance management, succession planning, analytics, and compensation. There’s a lot that Oracle has been trying to prove in the cloud, given that the company’s long-standing footprint in the world of traditional software.

Your brand image could use a bit of its own retooling if you’re in the same boat. Don’t just jump on the cloud bandwagon when you have a previous reputation for marketing what the new industry is trying to replace.

The global cloud-based innovator of the year has long supported the SaaS market and was among the earliest disruptors to face traditional software companies. (The same goes for IaaS and PaaS.) Because of it, analysts have expected a significant change due to the reduction of overall tech spending. The increased use of cloud-computing offloads dollars that would otherwise be spent on customer based equipment.

So of course, you can’t forget the typical price advantage. If your own cloud-based software is still pit against a prospect’s use of traditional, on-site technology then don’t take this advantage for granted.

Cloud computing’s distinct benefits appeal to a market that seeks to increase capacity or add capabilities on the fly without investing in new infrastructure, training new personnel, or licensing new software. That’s why it’s bound to be a subscription-based or pay-per-use service that works real time over the Internet (and ideally, extend existing capabilities without too much cost). In the end, all of these cloud computing giants are just taking advantage of that same idea in their own ways. Use them as a guide but learn to mix and match for a truly unique marketing and lead generation strategy that suits your own cloud-based product.