It’s been over a week since Google launched a flash sale of their prototype wearable tech, the famous (or infamous, depending on your stance) Google Glass. The sudden and abrupt sale lasted only mere hours from the start of its public launch (right after a shortage of stock).

How is it that a device that’s been surrounded by so much controversy even manage to sell itself out? It wasn’t even a full launch and yet the numbers on the purchases are startling. What lessons can this teach other tech marketers out there? 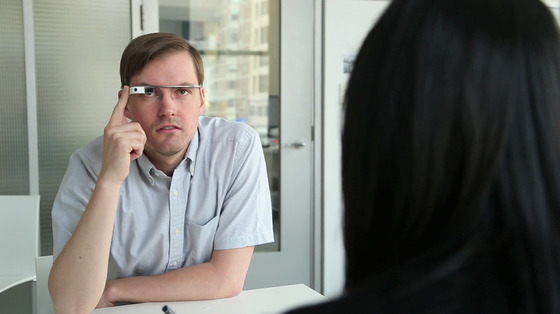 At the start of this whole event, no one was even sure if the product had launched. Tech commentators knew that the product was first announced in 2012 and prototypes have been confirmed to be as available as early 2013. Several accounts have already reported one or two people wearing them from New York to San Francisco. Questions buzzed about whether or not the product was finally for sale for the whole world.

The device’s potential for assisting many professionals (from healthcare to journalism) has been highly praised (in spite of privacy and spying concerns). On the other hand, this ran opposite of Google’s originally intention for Glass as a social device (and even admitted that all of this was due to poor design).

One blind writer notes that the entire buzz about Glass was more to do with bad timing (particularly with the Snowden-NSA fiasco) and compares it when glasses first came out during the 1920s. (Glasses were originally derided for being awkward assistive technologies but eventually grew into fashion accessories in their own right.)

You also have the more obvious issue of price. Google’s “one day” PR stunt priced Google Glass at $1,500 per pair, a price not too different from its previous prototypes. Most consumers wouldn’t buy a pair of glasses for more than $300 (unless it was worn by Oprah or something).

And yet, perhaps that was one more experiment to get the price right. After all, it’s particularly important to set cost impressions on a prospect’s mind. Today, it looks like Google has placed this item in the “luxury” class (and perhaps finally shifting its sights for the device away from the mass market).

See, if you’re going to introduce a product, don’t be too quick to give away everything about it. Make sure your intended market can connect it to a real need. When asked what Google Glass does (or can do), most people aren’t quite sure. Typical demonstrations of driving directions, on-command snapshots, and other small tricks didn’t help impress. The iPod played music. The cell phone made phone calls. The PC presents accessibility and accuracy. Critics keep asking: What does Google Glass actually do right now that justifies the price and attention?

You can argue that Google Glass is a product ahead of its time and it’s encouraging people to imagine more possibilities. It’s an exciting experience and it’s spawning an industry of “wearable” technology that will soon change the world.

Sadly, that doesn’t convince people with tight budgets and Google now has to contend with the ever growing possibility that they need to shift markets. They banked too much on emotional side of touching their customers and forgot about how to actually sell. It sounds like B2B companies are no longer the only ones suffering from sales-marketing disconnect.

On a final note though, the head of Glass’ marketing does have one strong defense for putting up all the dramas, the protests, and even the violence directed to Glass users.

“We know that people find new technology challenging, and that’s ok, but we decided not to do it in isolation… Frankly, having those issues out in the open helps.”

Only time will tell if Google will truly make the most of the feedback it generated from its heavy-handed marketing of Glass. Needless to say, the mistakes and milestones it has made should certainly be something of note for other tech marketers.